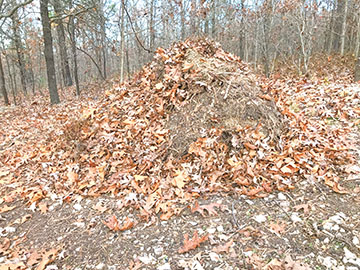 I took my cup of coffee to the garden on a warm November morning, and a plethora of tasks called for my immediate attention… not a half plethora but a full plethora.

I am not one to shirk my garden responsibilities, so I immediately sat down with my coffee and watched titmice and chickadees flitter tree to tree. Fairly soon, I noticed the basil had suffered from the frost, so within ten minutes I immediately moseyed to the shed to fetch gloves so the task could be done properly.

The basil shared a corner of the tomato bed, and the tomatoes vines were also finished for the season, so it was time to immediately remove them and dismantle the trellis. Basil and tomatoes grow well together plus the strong aroma of basil keeps bad bugs away from tomatoes. As I pulled up the spent basil plants, I immediately noticed the sweet herby aroma was still strong.

Removing tomato vines is usually a grounding, contemplative journey into events that occurred during their six-month experience in the garden, so I immediately began slowly, pensively clipping vines into short pieces so they would decompose in the debris pile more easily.

After most of an hour, I immediately drove the wheelbarrow full of vine pieces to the debris pile at the edge of the woods. The pile can tell the story of ten years. At first it was a heap of leaves and weeds, and the pile immediately accepted its role as the place where everything mattered and no weed was insignificant. More leaves and weeds were added at first, and eventually there came zucchini leaves, November marigolds and garden whatnot piled on top.

Every vegetable, herb and flower grown in the garden has had a presence there. When the end came for crops, all the actors immediately joined together atop the famous pile. They immediately rested comfortably in place like all that came before until they decomposed and mixed.

After a couple seasons, I immediately flipped the pile– the top of the pile forked over to the front, the middle stirred like stew, the right side forked to the top, everything placed anew– only to discover where the right side had been was early onset leaf mulch ready for a garden bed. Voila! The pile had done its job.

No way to know which plants or leaves became that mulch. Things start out identifiable and distinct, but soon enough mulch is mulch.

So as I approached the famous debris pile with the new offering, I immediately noticed, as with every November morning near a debris pile surrounded by trees, the area was littered with leaves of all flavors, so I immediately retrieved a rake and adorned the pile like icing on a cake with foliage of all colors.

Work at the debris pile never ends, but other tasks in the garden required my immediate attention. For example, a jalapeño pepper plant had been virtually denuded in mid-August by tobacco hornworms. However, trooper that it was, it sprouted new stems and leaves toward the bottom and even bore new fruit. So, seeing 18 inches of gangly bare main stem above with a flurry of life below, I immediately became a scientific researcher with a plan.

Quick as a cricket, I fetched pruning shears and a five-gallon pot full of soil. I snipped off the gangly top part of the plant, carefully jockeyed the rest of it out of the garden bed, snuggled it into the pot and carried it to the greenhouse where it will immediately spend the winter.

That full plethora of tasks needing immediate attention still called out – spearmint and peppers to harvest, asparagus bed is a mess, pathways running wild, etc., and I will get to them immediately… when the time comes.