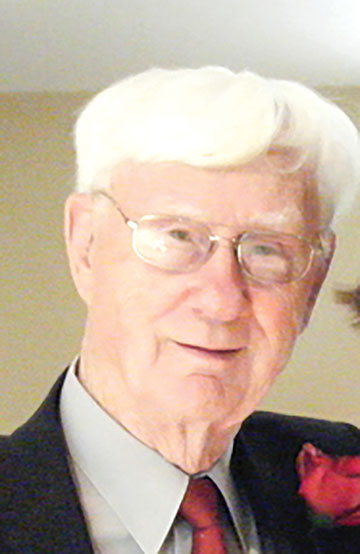 He has been a resident of Eureka Springs for the past 15 years, after moving from Greensburg, Kan., where he was high school principal, then superintendent of schools from 1966 to 1976. He later retired back to Greensburg after 20 years in the lodging business, and became manager of the Big Well.

Richard was a member and lay speaker of the Greensburg United Methodist Church. He was president of the Pratt Gideon Camp, Rotary, Lions, and Chamber of Commerce. He served in the United States Navy from 1951-1955. He was a 1947 graduate of Alexander High School and a graduate of Fort Hays State University (B.S. in 1957) and M.S. in Educational Administration in 1961. He was a teacher/administrator in four Kansas school districts from 1957 to 1976.

A military inurnment will be held at the Fayetteville National Cemetery.