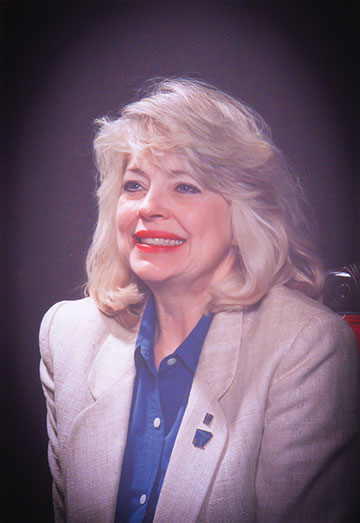 It was perhaps the last thing expected after the lockdown earlier in the year designed to help stop the spread of Covid-19. But a variety of factors have converged to cause a boom in property sales in Carroll County. Sales for August were double those seen in August 2019.

“For the Carroll County market, August 2020 had record-breaking sales of more than $17 million,” Diane Murphy, broker-owner, Century 21 Woodland Real Estate, said. “The previous highest August was 2018 with $8.5 million. August was by far the best August we have ever seen, and the single highest month of sales ever for Carroll County. The residential market is really strong right now. Absolutely, houses are selling faster than they used to. People are getting closer to their asking price and, in a few cases, there is competition and people are getting above their asking price.”

The surge in sales compares to March and April when there was so much uncertainty that few people were buying, and some properties under contract fell out of contract. Murphy said that trend shifted starting in May as people either recognized they could work from home or decided they didn’t want to put off their long-term dreams.

“People decided it would be nice to have place to get away even if they couldn’t move yet,” Murphy said. “It does seem across the country there is a movement away from big urban areas to less populated areas, turning around a trend for years for rural areas to be losing population.”

National news stories have indicated people are leaving areas like New York City where the virus spread five times as fast as less populated areas. There is also concern about the economies of big cities, and fear that some of the job losses may be permanent. Add to that social unrest around civil rights protests.

Murphy said most of the buyers she worked with were already familiar with Eureka Springs and Covid-19 gave them the motivation to take the leap.

The pandemic pushed businesses to allow millions of people to work at home, giving new flexibility about where to live. Murphy said there aren’t a lot of high-paying jobs in Eureka Springs, but people who work from home can bring their job with them.

Murphy said for people who want to sell, this has been a really good trend. Sellers are being able to get a little higher price for their property than earlier.

Ann Martin, principal broker and owner of Morgan Real Estate, said that because of the pandemic, the Federal Reserve has cut interest rates to stimulate the economy. She said that has encouraged people to buy property, and they want to finance.

“They don’t want to use their own money even if they have it,” Martin said. “It is making us have a crazy, busy market. It has skewed things a little bit. We have a limited supply of homes in town in Eureka and a lot of people want to be in town because of utilities and not having to spend as much to get to the store and doctor. Sales for outlying properties in the county like Holiday Island have just been fantastic, too.”

The market has been so hot that Keller Williams Market Pro Realty has opened a new branch office in Eureka Springs, said Reillot Weston, a Realtor with Keller Williams.

“Any new listings I could get, I could sell,” Weston said. “Interest rates are at an all-time low and rural areas are rather attractive for people from big cities right now. People like that we have so much wilderness surrounding us. And people are able to stretch their money much farther here. Some clients say land and homes are a lot cheaper. I had four residential closings around Labor Day, two in town, one in Holiday Island and another in Gentry. I’ve even fielded offers for property sight unseen by the buyer.”

Weston said the market was pretty quiet until after Memorial Day when restrictions first loosened and the gates opened.

“I’ve talked to other Realtors in the business a long time and one said it might be his best year ever,” Weston said. “The phone has been ringing constantly for real estate sales. I had one house go under contract four days after being listed.”

Weston said while lending standards have tightened, it hasn’t stopped people from applying for residential loans.

Eureka Springs and Holiday Island, plus rural areas of the county, are also experiencing more new home construction than seen in many years. In addition to some housing in the heart of town, Eureka is seeing construction of homes on Pivot Rock Road.

“Obviously, I’m excited for the city to see new residences being built and new citizens moving to town,” Mayor Butch Berry said. “The city will benefit from the additional tax revenue and, hopefully, new businesses.”

Berry said the city’s infrastructure is capable of handling construction of new single-family homes without a problem. The wastewater plant is based on the high numbers of tourism visitors rather than the number of residents.

Berry said he thinks the growth will not be so great that it has a negative impact on the community “unless people vote to dissolve the Historic District and then we will start to see old historic homes being torn down and replaced with McMansions. And Eureka Springs as we know it will no longer exist. And that’s scary.”