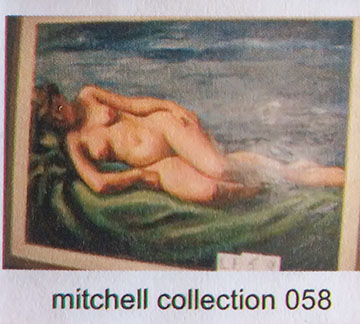 From 11 p.m. on Nov. 11 to 4 a.m. on Nov. 12, SWEPCO shut off power to Eureka Springs residents in order to complete essential repairs.

Gwen Bennett got up in the middle of the night and walked downtown, charmed by how beautiful things the sky and buildings looked without any lights. She was concerned that the power outage might be used as an opportunity to burglarize her shop, Mitchell’s Folly, downtown, and considered sleeping there. But there were three buildings to protect, so she went back home after leaving the shop at 12:30 a.m.

The next day she found two doors had been kicked in at Mitchell’s Folly, and 13 valuable Persian rugs stolen.

“They must have known what to look for because one of the rugs was rather small, but valuable,” Bennett said. “I’m not angry, but I am irritated that there are thieves in town when Eureka Springs used to be an honest place.”

Also stolen was a nude painting by Louis Freund of his wife, Elsie Freund. The Freunds had a national following as artists and are credited with establishing the Summer Art School of the Ozarks and later the Eureka Springs Art Gallery. The Freunds were considered pioneers for the city’s establishment as one of the top small art towns in the U.S.

The shop located near the post office was burglarized several years ago in the middle of the night, with antiques and artwork stolen. Bennett said those thieves were caught and jailed after committing another crime, and some items stolen from Mitchell’s Folly were recovered.

Mitchell’s Folly was owned by Bennett’s partner, John Mitchell, who passed away Nov. 26, 2019.

Bennett is offering a cash reward for information that could be used to solve the crime.

Police Chief Brian Young said burglars are known to take advantage of power outages because most burglar alarms won’t operate and streetlights are out.