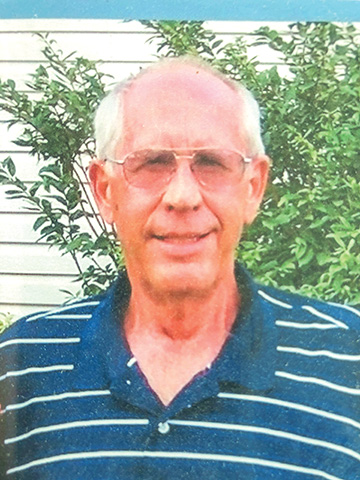 Larry was preceded in death by his parents; his only sister Janice (Jan) Black; nephew David Black and great nephew Reid Reynolds.

Cremation arrangements are under the direction of Nelson Funeral Service. Online condolences may be sent to the family at nelsonfuneral.com.

Larry was a member of the Holiday Island Hikers Club and Holiday Island Nine & Dine Golf Group. He thoroughly enjoyed playing golf with the guys, for just plain fun, and also the great lunch fellowship they shared at such places as the Pizza Hut and Doug’s Diner. Larry was an active member of Faith Bible Church at his passing.

Larry loved to support the Iowa State Cyclones and the Kansas City Chiefs football programs. He had many fond memories of games played while he and Bobbie lived in Ames, Iowa, and in Overland Park, Kansas.