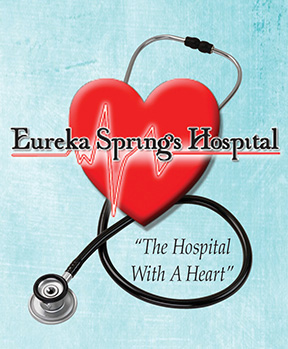 An email dated Dec. 14 from Eureka Springs Hospital Commission Chair John House stated that he plans to resign from the commission as Dec. 31, 2020.

“I’ve made the very difficult decision to leave the hospital commission at the end of the month. I realize that there are still 18 months left in my term, but with all the extra demands placed on healthcare workers due to the pandemic, I feel that I’m unable to give the commission the time and attention it needs at this important moment in its history.” House said that in addition to electing a new Chair, all new officers will be elected at the next regular monthly meeting scheduled for Dec. 21 at 6 p.m.

House was a primary advocate in the decision to implement an operational change from the city’s formerly leased hospital to a city-owned and operated critical access facility. With transitional management support from Alliance, in February 2020, House’s hope for operational implementation came to fruition, and without having to close the hospital doors for a single day.

House is leaving the commission just after it terminated “without cause” its CEO, Alliance, a contractual relationship that has yet to be resolved. Additionally, it is losing its CFO, Scott Stone, who is ending his contract as of Dec. 31, and a proposed three-month contract extension has not yet been made.

“To my knowledge,” House wrote, “there is someone covering every crucial position at the hospital.” He noted that there is not a permanent pharmacist, but there is a temporary pharmacist until a permanent one is hired.

House also wrote that if the public is having billing issues with Eureka Springs Hospital invoices that it could be for a wide variety of reasons stating that it may take longer than expected for a patient to receive them. “I would encourage anyone with specific concerns to contact the billing department,” he said.

In response to House’s planned resignation, former Eureka Springs Hospital CEO Darrell Parke of Alliance said, “I have come to believe that Dr. House is a very intelligent man. I really enjoyed working with him and appreciated his wisdom.” Parke said that House’s decision to leave the commission is not good for the hospital. “He was so knowledgeable and cared so much – it is a tremendous loss.”