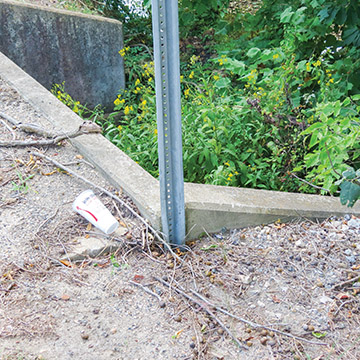 Two significant things are happening regarding the weed killer glyphosate sold under the trade name Roundup by Bayer Monsanto. One, weeds are increasingly becoming resistant to glyphosate, which means that farmers who use this on crops genetically modified to be glyphosate resistant are spraying more and more on food crops, leading to higher residues in food. Second, more than 8,000 lawsuits have been filed in the United States seeking damages for people who allege that glyphosate exposure has caused illnesses including cancer.

The first glyphosate lawsuit resulted in a verdict of $289 million against Bayer Monsanto in August 2018. The judgment was later reduced to $78 million and is being appealed by Bayer Monsanto.

The second lawsuit resulted in a jury verdict in March awarding $80 million to a plaintiff who alleged glyphosate caused his non-Hodgkin’s lymphoma. Plaintiff lawyers say that farmers, gardeners and agricultural laborers are particularly at risk from cancer caused by glyphosate exposure.

Glyphosate is the most widely used herbicide in the world. And while those judgments seem large, they pale in comparison to the $4.8 billion Bayer Montsanto earns in profit on glyphosate sales each year.

The issue was a major concern surrounding the American Electric Power/Southwestern Electric Power Association (SWEPCO) proposed high voltage transmission through the Ozarks. Save the Ozarks (STO) argued the runoff from weedkillers that would have been used on hundreds of acres of powerline rights-of-way would have damaged water quality, the environment and people’s health.

Since SWEPCO’s transmission line was defeated in early 2015, the amount of weedkiller sprayed has increased dramatically in the U.S., along with evidence of harm to human health and the environment. STO Director Pat Costner said there is increasing concern.

“USGS studies have found that glyphosate, the active ingredient in Roundup, and its primary degradation product, AMPA, can be detected in U.S. air, soils, rivers, streams, and rain,” Costner said. “Other studies have found glyphosate in the body fluids of U.S. women and children. Meanwhile, we know next to nothing about the effects of chronic low-level exposure to glyphosate. Is Roundup affecting people? It’s obvious that U.S. courts are finding that this herbicide affects people who have direct, repeated, relatively high exposure.”

Costner predicts successful lawsuits over the health effects of Roundup are bound to convince many homeowners and gardeners to turn to alternative methods.

But homeowners account for only 10 percent of Roundup use. “The other ninety percent is used by large scale farmers, who are using more Roundup as weeds grow increasingly resistant to the herbicide,” Costner said.

The USGS study found glyphosate not only in rivers, streams, ditches and outfalls from wastewater treatment plants, but in about 70 percent of rainfall samples.

Jacques Wickersham opposes the use of glyphosate in areas where it can contaminate local water supplies and people who might be in the water. Earlier this summer he observed that everything turned brown and dead along the right-of-way for the Eureka Springs and North Arkansas Railroad that parallels Leatherwood Creek.

“I stopped and asked people at the log cabin about the dead vegetation including in areas right next to the creek,” Wickersham said. “They said somebody sitting on the front of the train sprayed something that killed everything. It is right there on the creek. We used to call shit creek. Now it’s shit-chem creek.”

Calls to the owners of the railroad were not returned.

“It can’t be good for people,” Wickersham said. “I don’t know if it’s getting in people’s wells. I see on TV that there are lawsuits about the harm to health from glyphosate. There is a home water well about 200 feet from where they were spraying.”

He is also concerned about children who live in the area. He has seen people stop and let their kids play in the creek below the sewer outfall.

“I’m sure the water that comes out of the sewer plant isn’t something kids should be playing in,” Wickersham said. “I’ve stopped and told people it isn’t a good place to let their kids swim. So, there are children involved and we all know they are the most susceptible.”

The Arkansas Department of Highways and Transportation recently used glyphosate to kill weeds on bridges in Carroll County. ArDOT says they have to use weedkillers on bridges and use a form of Roundup formulated to be used near water.

Costner said glyphosate formulations that are less toxic to aquatic organisms are made so by omitting surfactants, such as polyoxyethylene tallow amine.

ArDOT spokesman Danny Straessle said they use spot treatment with Roundup formulas approved for use near waterways in order to keep the bridges from deteriorating due to weeds that can grow in cracks and damage the structure.

“If you have got weeds growing out of the cracks of the pavement, they are just going to come back if you weed eat them,” Straessle said. “It is better to kill them at the root. When you have plant material in the cracks of a bridge structure, and you have the freeze and thaw cycle, that creates more holes in the pavement or bridge. You could have a sapling growing out of part of the bridge.”

He said it is problem with both older and newer bridges.

“Seeds will find their way anywhere and all it takes a little water plus gunk off the highway that acts as soil and then you have vegetation growing on the pavement,” Straessle said. “We want to keep vegetation where it is supposed to be, on the sides of the road, not in the road. We want to solve the problem long before it becomes one.”

In 2015, the World Health Organization’s International Agency for Research on Cancer classified glyphosate as “probably carcinogenic” to people. In 2017, the herbicide was listed by the California Office of Environmental Health Hazard Assessment as a chemical known to the state to cause cancer.

EcoWatch reported in 2015 that 2.6 billion pounds of glyphosate were sprayed in the U.S. in the previous two decades. Use of glyphosate has mushroomed since then as weeds have become tolerant to glyphosate.

“Recent research has found that exposure to glyphosate doubles the risk of developing cancer,” EcoWatch says. “Since the use of the herbicide on Genetically Modified Organisms has exploded in recent years, it’s no wonder people overwhelmingly want GMO-containing food products to be labeled.”