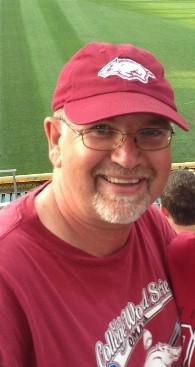 Darrell Bunch, 63 wonderful years of life, lived by the most amazing soul on earth!

On March 12, 1986 Darrell was united in marriage to the love of his life, Lola. They shared four wonderful children, Jason, Darek, Debbie, and Jennifer, who later would give them a whopping 13 beautiful grandchildren, Brittany, Tyler, Nori, Destiny, Robert, Thomas, Ethan, Finley, Brayden, Cade, Bryan, Jamie, Bryson, and Beckum is due in February; seven amazing great-grandchildren, Alison, B.K., Owen, Jakson, Michael, Karson, Lincoln and one due in December. Papa/Poppy loved them with every ounce of his being. His heart was filled with joy and he loved spending time with them.

Darrell enjoyed many things in life. He loved spending time with his family, especially his grandbabies and great-grandbabies. His most known hobby was building and flying RC airplanes. Many of his days were spent at Hammer field with his flying buddies, flying and a lot of hangar talk.

Darrell was an avid sports fan who loved attending Razorback baseball, basketball, and football games. Darrell was a huge fan or the ES Highlanders. He attended all Highlander games he was able to.

If you could not find him at a game, the flying field, or at home, he was probably at Bunch’s. Darrell opened that store every morning with a smile on his face and joy in his heart. He would cook up a storm in the back every Monday through Friday.

Serving his community was one of the highlights of his life. He loved helping, serving, and said his favorite part was seeing everyone and building friendships. Bunch’s was always his second home until he was forced to retire in 2016.

Darrell made the most of every day that was given to him!

Gathering of remembrance was October 15 at Nelson’s Chapel of the Springs in Eureka Springs. Memorial service was October 16 at Gary and Mary Crew’s land. Everyone is welcome to attend, with Pastor Marvin Peterson and Derek Bunch officiating.